F is for…fabulous Tuesday Teaching Tip!  Brought to you by CKA’s own Ada Hand.

Foundation for Reading #5: Children demonstrate progress in their knowledge of the alphabet in English. 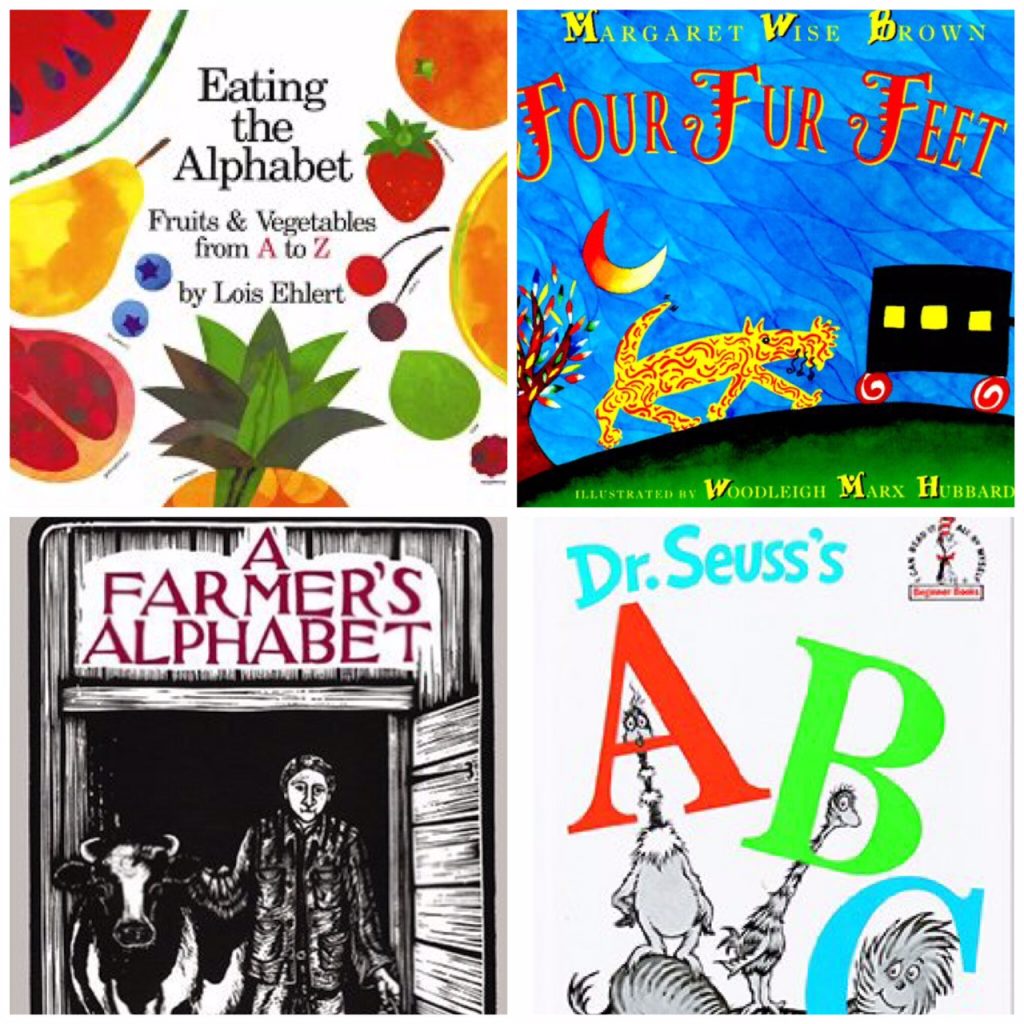 epts 1d: Recognize and name all upper- and lowercase letters of the alphabet.
For the letter F, the class could have a theme of Flowers or Fruit. F works in English and Spanish: Las Flores and La Fruta.
1.  Children can draw pictures of flowers that parents bring in, using various media (crayons, chalk, paint, etc). They can learn the flower parts.
2.  They can plant a flower garden or flower pots. Use Planting a Rainbow by Lois Ehlert.
3. Children take photos of the progress of their flower garden and make a class book about it.
For Fruits:
1.  Children could cut pictures from magazines of various fruits and place in a large paper bowl.
2.  They can graph their favorite fruits
3.  Eating the Alphabet by Lois Ehlert is another good book on fruits (and veggies) with colorful pictures.
Another good book about the letter F is M.W. Brown’s Four Fur Feet. Repeated pattern of f alliteration appears as an animal makes its way around the world.  M.A. Azarian wrote A Farmer’ Alphabet with black and white prints from woodcuts on a rural alphabet. There’s something similar with alphabet letters found in cityscapes. R. Isadora’s City Seen From A to Z.  Another one is Dr. Seuss’s ABC with fun words emphasizing each sound — also has practice on making up words by keeping the rime but changing the onset.
Additional F letter ideas:
1.  Create Letter F Rhyme Books
2. Examine fingerprints
3. Class chart on which animals have fur
4. Make a photo collage of Friends
5. Follow the Footprints: Cut footprint shapes from construction paper and place in a pattern on the floor (i.e., two footprints together, next on is one footprint, followed by 2 and then 1 again; some may be spaced a bit apart, some close together.  repeat. Children hop on the footprints
6. There are more ideas in Alphabet Fun for Little Ones (ages 3-5) , published by HighReach Learning Inc.
« Circle Time with Debbie Keeler
More Easy Valentine’s Hands On Activities »

Join us Wednesday, February 8th for another Teache

Calling all TK Educators in California! Join the #

Calling all TK Educators in California! Join the #mytkjourney Blog Contest now! Share your TK journey and make your footprint in shaping the future of TK classrooms! Submit your blogs on one of the 4 topics at www.learning-genie.com/blog-contest/ by Feb 28th. Be 1 of 12 winners, inspire and enrich fellow TK teachers!--#CKA #TK #learninggenie #ckalovesteachers ... See MoreSee Less

If you have ever had the honor of being in one of Dan’s sessions, you know it is a life- changing experience! He always gives 100% and we LOVE having him at #ckc! ... See MoreSee Less
View on Facebook
· Share