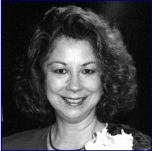 Judy Brown, with a group of dedicated educators, organized the first Bay Area Kindergarten Conference and was the first President of the CKA.

“Have you ever been so fortunate to have had a dream come true and turn out even better than you had wished possible? I have.

As in my dreams, my life has been filled with serendipity – the gift of finding something of value. Today I am most sentimental about it. As I walked into this conference center, I was flooded with a feeling of déjà vu and memories.

20 years ago I dreamed that we needed more, something that would perpetuate what we had started – a nonprofit based on the same founding principles and dedication as the conference. It took two years time with the dedicated conference committee to culture the climate to transfer oversight of the conference to a fledgling association.

Then 18 years ago the California Kindergarten Association was born and with it more dreams along the way. Each person’s dream was first spoken in a whisper of wishful thinking and then given wings by the group:

I remember Linda Becker’s dream to have a CKA art exhibit and art calendar.

I remember Audrey Sanchez’ dream to have CKA workshops and institutes to spread kindergarten experiences across the state all year long.

I remember Zelda LeFrak’s dream to have a national kindergarten organization.

12 years ago I dreamed that my time had come to step aside and enable new conference leadership with fresh ideas to emerge. My successor Peggy McNeil emerged as an outstanding leader for this conference, followed by Sr. Judith Reagan, and Meredith Yeh and Robin Rees.

And then it was time for me to retire from leading CKA as founding president from its birth to a 5-year-old ready to take independent steps without “mom”. My leaving would enable and allow others to step up and begin their serendipitous journeys. In the last eight years I have been the quiet and proud observer of CKA as it has continued to develop and mature.

During this time a dream long set aside came true. After 34 years of marriage without children, my husband, Don, and I adopted Ionela, an absolutely wonderful, little girl born in Romania . Two years later when Ionela started school we experienced kindergarten from a wonderful new vantage point as parents.

Thank you for being a part of my dreams. Some years ago, I remarked in all seriousness that the marker of a job well done would be for me to step aside and at year 20 see CKA conference and association alive and well. Not only was that a reality, but here we are at year 25 with CKA vibrant, strong, renewed and dedicated. The torch has passed from me to Vi Robinson to Helen Faul and on to Zelda LeFrak, Gretchen Ross, Carol Gossett, Joann Arowosegbe, and their teams and continuing now with Armando Argandona and his. Indeed I am honored to be here to share in this celebration of 25 years of work in recognition of and tribute to kindergarten.

My CKA membership card with #1 is held close to my heart. Thank you for continuing my dream. Thank you for this very wonderful honor. I hope that for many anniversaries to come that more of you will continue to inspire new dreams and be inspired to work hard for kindergarten teachers and all the kindergarten students in California and beyond. 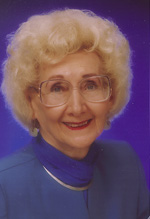 In February of 2007 we lost a dear friend, colleague, child advocate, founding board member, benefactor and the second president of the California Kindergarten Association, Dr. Violet Robinson. Dr. Robinson was a firm believer in the importance of research. She often stated that as a professional, statewide association we had a responsibility to provide our members with authentic research about the education and development of young children.

One of Dr. Robinson’s major contributions to the association and to its members was that of editor of the association’s journal. Entitled, Kindergarten Education: Theory, Research and Practice it was published from 1996 to 2001. Unfortunately, several years ago we had to discontinue the publishing of the journal due to a major decrease in revenue and the increased cost of publishing such a document.

Day two of #CKC2022 did not disappoint! Peggy Campbell-Rush was our inspiring morning Keynote. Sessions D & E kept us engaged to the very end. Thank you, to all of our fabulous presenters and vendors. See you next year! ... See MoreSee Less

We hope our participants of #CKC2022 are reflecting on and remembering this intimate event with fondness. We were so happy to have you all there! Thank you to ALL our amazing presenters- we left refreshed, reconnected and rebooted! Enjoy this recap of DAY ONE. ... See MoreSee Less

We hope to chat with you at our next Teachers Helping Teachers chat. Now monthly on Wednesdays. Join us on Wednesday, February 9th as we chat about Finding the JOY in Teaching. Register at www.bit.ly/THTCHAT#teachershelpingteachers #cateachers #ckateacher #teacherfriends ... See MoreSee Less

It has been a little over a week since #CKC2022, but the memories will last forever! Thank you, Dan St. Romain, Educational Consulting and Champion Prek Play for an amazing Pre-Conference Institute. Thank you, CKA Art Committee, for a fun Art Party Evening! ... See MoreSee Less